by Reverend Beat-Man and the New Wave 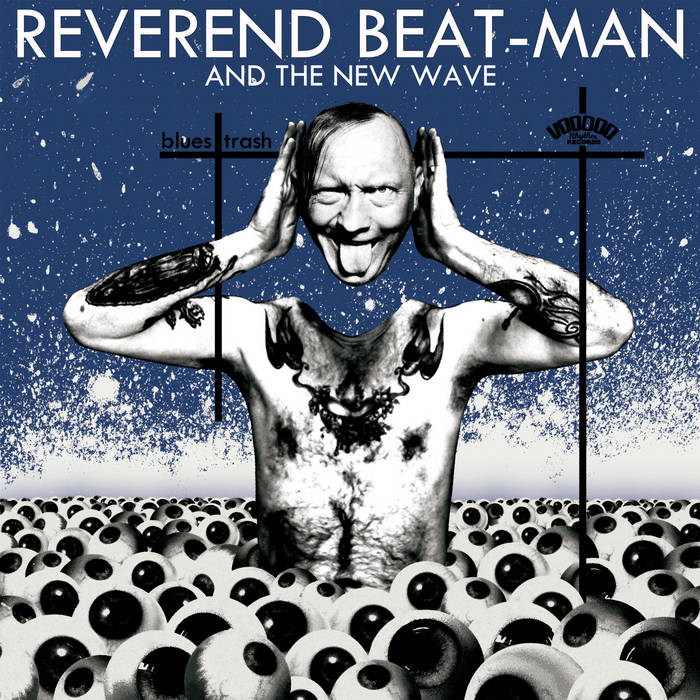 You can see how this leads into their next album, Baile Bruja Muerto. This is the essence of what BC is about- finding artists who are literally bursting with the need to give birth to their visions.


Born in 1967 and former Wrestling Rock'n'Roll One Man Band Activist Lightning Beat-Man (1992-1999) Turned into a Primitive Rock'n'Roll Blues Preacher in the Millennium Change and released countless Recordings on several Labels 2017 he had a hand full of songs to record this album, the idea was to record it with several musicians and not showing them the songs, they went to the Studio and Reverend Beat-Man played the songs on the guitar one time, then they had 2 takes for Recording without
rehearsal to keep it fresh, Anyway the idea was Free Style and so is that whole Album, the Result was a Mix of Blues Trash, New Wave Folk and Dark No Wave Garage Punk and Rock'n'Roll he selected the NEW WAVE from musicians he loved the most as the moment
NICOLE IZOBEL GARCIA is From Los Angeles with Mexian Roots a Singer that has the gift to connect her voice direct with your heart, she plays an unorthodox organ and plays part of Drums and percussion like the devil itself, with her, Reverend Beat-Man played the most shows as a Duet
MARIO BATKOVIC is a Bosnia Born and since Child hood living in Bern Classical and Kraut Avant-garde Accordionist he creates Film and Game music and has a one man band himself he's a total Genius (produced by Geoff Barrow of Portishead)
JULIAN SARTORIUS another Bern Original, he's probably one of Europeans or Worlds most extraordinary drummer these days, he is one of the few drummer that can play his drums as an instrument nor just as a machine, he plays a lot of free
jazz and improvisation (sophie hunger, colin vallon trio, manuel troller, hans koch, bruno spoerri etc)
RESLI BURRI is a legendary Bern musician who has a jam-band together with Mario and beat-man - he is a multi instrumentalist play in the Dead Brothers, Padent Ochsner , is a film and Circus music writer

if i knew that you push me away

Bandcamp Daily  your guide to the world of Bandcamp

Featuring Gary Bartz, 5 years of Rhythm Section Intl and an LP of the week by Nicolas Jaar